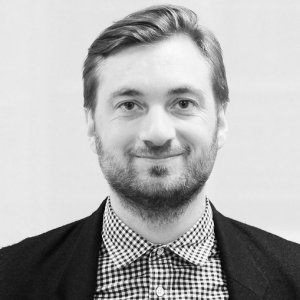 As Intersection’s Chief Strategy Officer, Dave is responsible for leading the company’s marketing, research, creative, photography, and advertising output. He joined Titan in May 2007 as U.K. Marketing Director, and in January 2008, he made the move to New York to become SVP, Marketing Director. Dave became the Executive Vice President of Marketing and Titan Mobile in January of 2013, and then, in April 2014 EVP, Chief Strategy Officer.

In autumn 2015, Control Group and Titan (key members of the team behind LinkNYC) merged and were acquired by a consortium of investors led by Sidewalk Labs to become Intersection.

Prior to joining Titan, Mr. Etherington spent nearly nine years at Guardian News & Media- publisher of U.K. daily papers The Guardian & The Observer and the website guardian.co.uk. During his tenure at GNM, Dave helped launch and headed Guardian Plus, a creative and strategic resource that works in partnership with agencies and brands to help them harness the power of the Guardian News and Media portfolio. He also lead the way in the development of content partnerships and assisted in winning numerous awards for the company. Before GNM, Dave held a position at BBC.