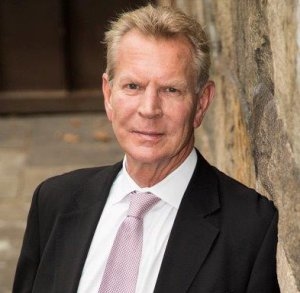 As Chairman and CEO of OUTFRONT Media, Jeremy J. Male directs all aspects of the world-class company’s business in the US, Canada, and Latin America. Male was named CEO of CBS Outdoor Americas in September of 2013 and led the company’s IPO in March 2​014, the conversion to a REIT, the acquisition of Van Wagner Outdoor and the brand transformation to become OUTFRONT Media. Male spent 13 years (2000-2013) as CEO, UK, Northern Europe and Australia for JCDecaux, as a Main Board Director with operational responsibilities for 11 countries and was an original member of their IPO team.

Prior to his tenure at JCDecaux, Jeremy served as CEO Europe of TDI (later CBS Outdoor), from the division’s inception through the time of its sale to Infinity Broadcasting (later CBS). He grew that company from its UK base to include 6 major European markets.

Jeremy was co-chair of OAAA (Outdoor Advertising Association of America)/TAB (Transit Authority Bureau) National Convention & Trade Show for 2015. While he was UK based, he served both as Chairman of the Outdoor Media Centre in the UK, and as President of FEPE International.  He has recently been appointed as Vice President of the FEPE International Board.

Born in Chatham, England, Jeremy, his wife, and two children are enjoying their new life here in the U.S. The family currently resides in Greenwich, CT and in between swimming, tennis, music lessons, soccer and rugby practices, Jeremy enjoys escaping to the golf course for some friendly competition.